I had tried to play with Gluecode in the past, as we were going through the acquisition, and the installation was far from easy. This time, things are much smoother, even for a relative newbie to Linux like me.

As always with IBM middleware, MAKE SURE you’re running one of the supported linux distributions. For me, that was RHEL 4.0 Update 1, for which I already had a clean VMware image to start with. I then downloaded all the files from the ibm.com website (free registration required) from within linux, extracted all the files in sub-directories and proceeded to start the installation:

WAS CE launches in a terminal window, and takes about 30 seconds to load all its modules, It will then tell you that everything is OK.

At this point, it’s pretty obvious where we want to go… the console! What’s also nice with VMware is that I can actually hit the server from my host system, by typing http://192.168.1.103:8080/console which was assigned to Linux by my Linksys router. Here is what the console looks like: 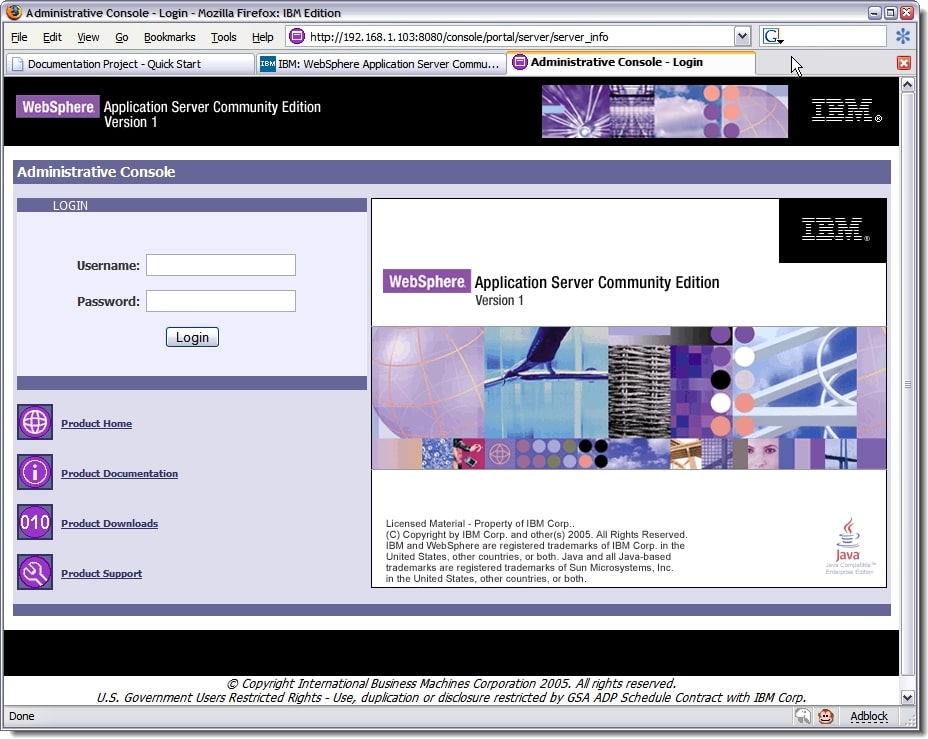 And here is the info displayed when you first log in, using the provided userID and password (system/manager): 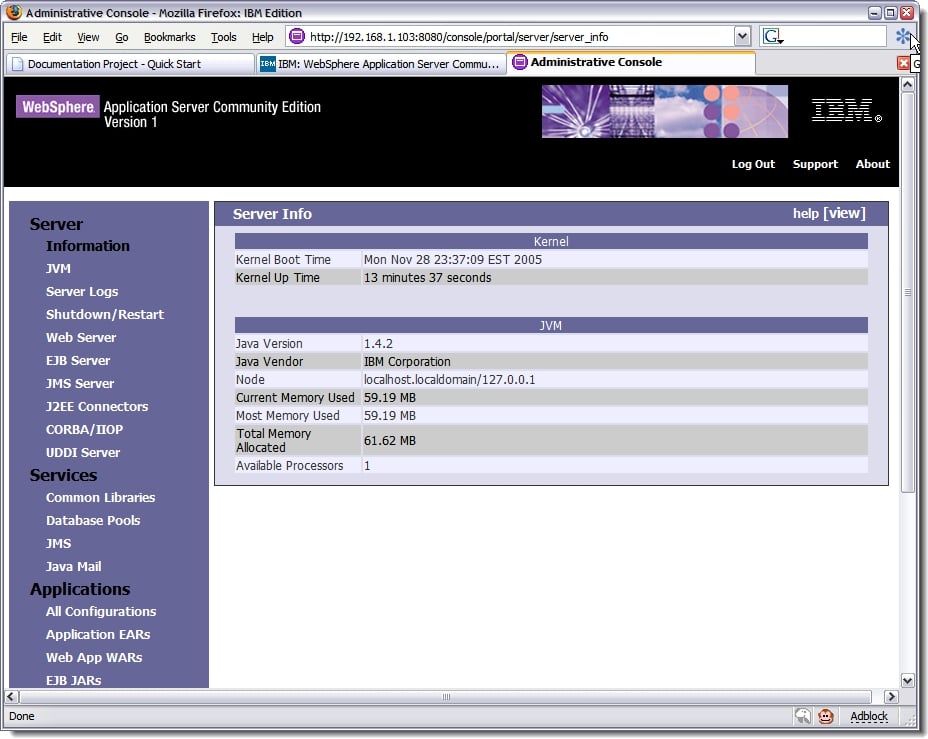 Next up is for me to zip up this VMware image, and distribute to the internal IBM technical community, so they can get a fast start at developing applications on this, and basically improving their skills on our new offering.